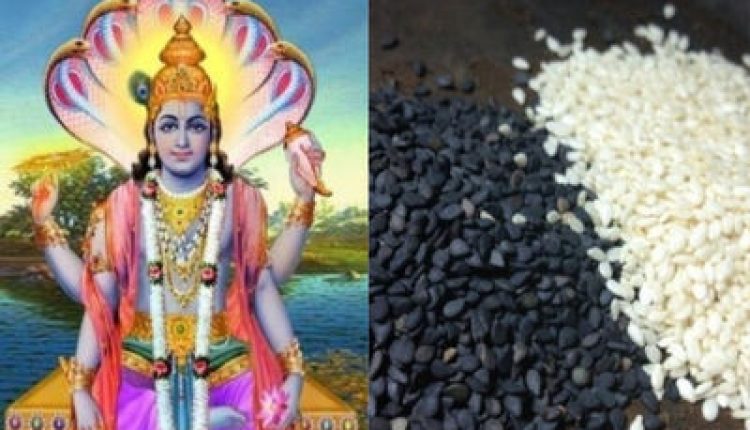 Shattila Ekadashi January 2020 : Shatila Ekadashi fasting today, learn importance and method of worship. What is the specialty of ekadashi in january 2020.

Ekadashi fast is observed twice a month. Today (on 20 January 2020) is Shattila Ekadashi. Magha month is known as Shatatila Ekadashi on Krishna Paksha Ekadashi. एकादशी व्रत महीने में दो बार मनाया जाता है। आज (20 जनवरी 2020 को) शतिला एकादशी है। माघ माह को कृष्ण पक्ष की एकादशी पर शततिला एकादशी के रूप में जाना जाता है। Like other Ekadashis, this Ekadashi also has special significance. Since the entire Magh month is considered a holy month for worship, in such a situation, the importance of Shattila Ekadashi increases. It is believed that fasting on this Ekadashi leads to the attainment of akshaya punya. Bathing, donation and fasting have a special purpose on Ekadashi 2020. It is believed that a person who fasts for 24 Ekadashi gets salvation.

Worshiping Lord Vishnu from black day on Shatila Ekadashi gives special results. All 24 Ekadashis of the year are dedicated to the worship of Lord Vishnu. But all have their own different importance. There is also a practice of donating sesame and worshiping Kali on Shattila Ekadashi.

Shattila Ekadashi Vrat Katha : The story behind the day

God told Narada that – O Narada! I tell you the truth. Listen carefully In ancient times, a Brahmin lived . He always fasted, once she fasted for a month due to which his body became very weak and weak. Despite being intelligent, he never donated food or money to the gods or Brahmins. With this I thought that Brahman has cleansed his body by fasting, now he will get Vishnulok but he never donated food, it is difficult to satisfy it.

God further said- Thinking like this, I went to the Brahmin in disguise as a beggar and asked for alms. That Brahmin said – Maharaj, why have you come? I said – I want alms. At this he put an earthen pot in my alms. I returned to heaven with him. After some time the Brahmin also renounced his body and came to heaven. Donating clay to that Brahmin found a beautiful palace in heaven, but he found his house void of all things. Fearing, he came to me and said that I worshiped you on many fasts, but still my house is less than everything. What is the reason for this? On this I said- First you go to your house. Devastries will come to see you. First listen to the virtue and method of Shatila Ekadashi from them, then open the door. Hearing my words, she went to her house.

When the Devastris came and asked to open the door, the Brahmin said – If you have come to see me, then tell me the greatness of Shatila Ekadashi. One of them started saying that I say. When the Brahmin heard the greatness of Shatila Ekadashi, he opened the door. The Devangans saw him that neither he is Gandharvi nor devilish but he is as human as before.

According to his statement, that Brahmin fasted on Shatila. Due to this effect, he became beautiful and beautiful and his house was full of all materials. Therefore, humans should abandon foolishness and fast on Shatila Ekadashi and donate Tiladi instead of greed. This leads to salvation by removing misfortune, poverty and many kinds of suffering.

According to mythology, the more virtue that is attained after performing thousands of years of penance and donating gold, more than that is achieved by fasting on the only Shattila Ekadashi. Sesame is used in puja, havan, prasad, bath, bath, donation, food and tarpan. Due to the law of donating sesame seeds, this reason is called Shattila Ekadashi.

Method: Lord Vishnu is worshiped after morning bath on Ekadashi. Tilukti Havan is done. After this, Narayana is meditated while fasting all day. Light a lamp of ghee on Tulsi and worship it once again in the evening at sunset by lighting tillage. On the next day, after bathing in the morning and worshiping, fasting is done.