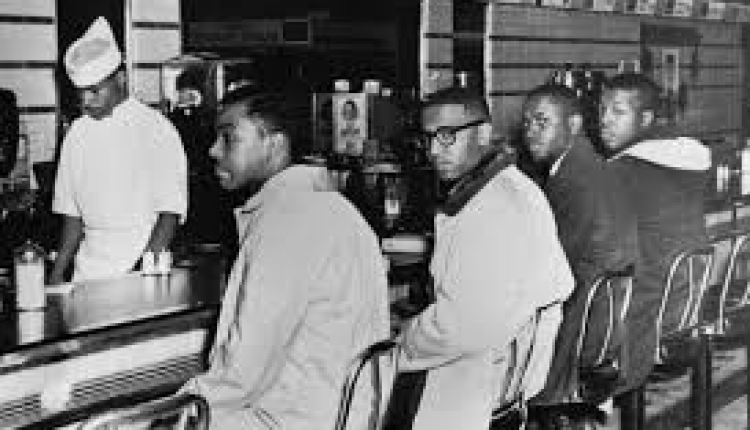 What were sit-in facts.

They continued to wait, even though they received no service and no prompt to leave. The next day they came back and waited again.
Within three days of the start of their protest, more than 300 students joined the “Greensboro Four”. In the months that followed, their actions sparked a wave of similar demonstrations in restaurants. They happened in other locations in the south. Later changed the fight against racial segregation in the Jim Crow era. It marked a turning point in the civil rights movement.

Google starts Black History Month with a doodle to mark the 60th anniversary of the Greensboro sit-ins.

The Saturday doodle was created by Compton-based artist Karen Collins, who also founded the African American Miniature Museum. This doodle is actually a photo of a diorama showing the “Greensboro Four”. It is protesting segregation at Woolworth’s lunch table on February 1, 1960.

“The protest against segregation, organized by four black college freshmen, served as a catalyst for similar demonstrations across the country,” Collins wrote in a blog post. “Today’s doodle diorama is not only a tribute to the” sit-in “, but also to everything that resulted: Changes in our country enable ALL Americans to live their full potential regardless of race, skin color or creed . “

It was a protest segregation at Woolworth’s lunch table on February 1, 1960.

Collins has been creating dioramas that capture moments of black history at the African American Miniature Museum. She has been doing for 24 years, a project she started with her husband Eddie Lewis.
Collins had always wanted a dollhouse as a little girl, but as the daughter of a single mother, her family couldn’t afford it, she wrote in a blog post. When she bought her first doll house 40 years later, she discovered her passion for telling stories with dioramas.

This passion took on new meaning when her son was arrested, she wrote. Amidst her pain and agony, she founded the African American Miniature Museum.

When did Greensboro sit-in happen ? When was the museum started ?

The museum started as a mobile project in the 1990s. Collins presented her work in locations such as schools, libraries and churches to contextualize black history for children. She still runs the museum from home today. Collins hopes on her website that one day she will have a permanent home for the more than 50 dioramas she has created.

She is covering events from the Middle Passage to America to protests against the black life. “For me, the museum was a way to turn negativity into something positive and share stories about the strength and persistence of our ancestors in need,” Collins wrote in a blog post. “I want young people to learn about those who came before them and who made the offerings to enable the life they live today. Above all, I want them to see that we all have the strength difficult To survive times to succeed and hopefully make things better for those who come after us. “