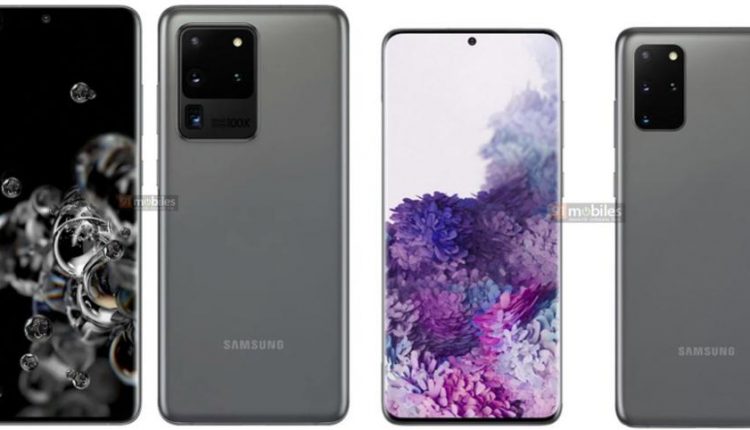 The new flagships were unveiled at an event in San Francisco, California, where the company announced the phones as part of its premium end offerings for the year. The availability of the S20 series in India or pricing for the country is not yet known.

However, the company has announced that the phone will be available to buyers in the U.S. from March 6 and will be available for the Galaxy S20 at a starting price of $ 999. The three phones will also be 5G capable for all markets that currently support the network.

The Galaxy S20 Ultra gets the largest display of the three because it has a 6.9-inch Quad HD + Dynamic AMOLED Infinity-O display. All three panels support a refresh rate of 120 Hz and are HDR10 + certified.

Chipset: Qualcomm Snapdragon 865 in the US and Exynos 990 in markets outside the country – possibly even in India.

The S20 Ultra, however, also has a quad camera configuration, but with completely different lenses. The first lens is an ultra-wide 12-megapixel lens that is located next to the primary 108-megapixel wide-angle lens. A 48 megapixel lens is available for 100x room zoom. The setup is completed by a ToF lens.

Operating system: All three are delivered with a ready-to-use Android 10-based One UI 2.

Of the three cell phones, the Galaxy S20 Ultra has the largest screen with 6.9 inches and a maximum RAM size of 16 GB. The Galaxy S20 and the Galaxy S20 + also offer many functions. All three phones support a fast refresh rate of up to 120 Hz.

Currently, Samsung has only announced the availability of the devices in the United States, where the phones will be available to buyers from March 6th. Prices in the country start at $ 999 for the Galaxy S20 and rise to $ 1,399 for the S20 Ultra, with the Galaxy S20 + in between at $ 1,199.

However, it should be noted that these are prices for the 5G variants of the device. The LTE models could be cheaper in countries like ours because the RAM allocation on S20 and S20 + is also lower on these models.