What is the best alkaline water ionizer available in India now. 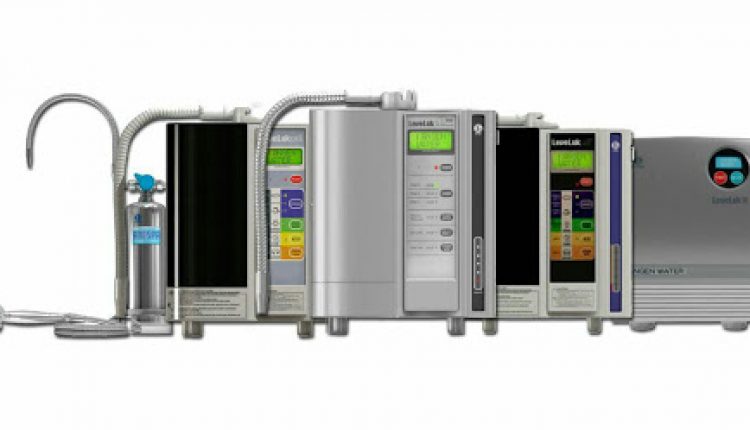 Generally most of public come across water ionizer when they come across Kangen Water ionizer by Enagic. This company manufactures this ionizers in Japan and sells products through referral marketing. Some body becomes a global independent distributor refers his family, friends and circle. He gets commission when his referral purchases a new Enagic kangen water machine. Commission spent on each machine is around 40% of its MRP.

The best selling water ionizer in India is Kangen water Leveluk Jr II. It has a price tag of 1.55 lakh and 3 electrodes. This is basic model in Enagic Kangen water. The selling secret behind this model is the Enagic super successful business plan. Enagic is doing good with 100s of distributors in each city, positive reviews, testimonials, well organised business training programs. Performance wise the Jr II model is not a great deliverer. It offers very less oxidation reduction potential and lower concentration of active hydrogen when compared few other brands already available in India.

The flagship selling model in enagic, and a better performer is Leveluk sd501. Its price tag at 2.77 lakh has kept lot of interested people to switch to the Jr II model. Most of the people who have bought kangen water machine in India till now do not know the difference in perfomance between Jr II and SD501. They only understand brand name, price difference and no of plates.

Tyent alkaline water ionizer is another popular world wide credible brand available in India. Medilight healthcare Hyderabad is marketing Tyent. They are not into Network marketing. Sell only in Traditional way with out middle men and referral commissions. They have pan India local single dealer support in major cities.

The best selling model from Tyent in India is its NMP 7 plates ionizer. Selling nos wise and popularity wise as good as kangen water leveluk SD501. But tyent delivers at good price. Delivers better performance than SD501 in kangen brand. The best highlight with Tyent is its after sales service local support pan India. Almost every where they sell. Now the MRP on Tyent NMMP 7 plates ionizer is 1.80 lakh only. Special discount offers are available on 7 plates models for customers in full Telangana state and in Bangalore city.

To pose a strong challenge to Kangen water leveluk jr II selling at 1.55 lakh in India. Medilight healthcare is coming with a 5 plate water ionizer in the same NMP series. They have fixed its price tag around 1.10 lakh. Performance wise this 5 plate water ionizer outperforms Kangen water Jr ii 3 plates machine. More responsibility, local after sales support is a added advantage any how. There can not be any further discount or negotiation below 1.10 lakh for Tyent new 5 plates ionizer. The price is fixed, locked and is challenging to its competitors supported by brand value, performance and good after sales service terms.

Popularity and better selling figures do not mean quality and performance.

Popularity and sales techniques do not mean quality and performance. Particularly in country like India and device like water ionizer where it can not be installed directly to drinking water tap, where you do not find same quality tap water supplied by govt all over the country alike, after sales local service support and experience is very important. The biggest selling point for enagic is its capability to make more noise in market with more no of individual dealers. Generate mouth publicity. A good number of buyers in India who have bought kangen water already have been suffering with small small outside service issues of ionizer.

In conclusion, if price is not an issue and only better performance is criteria in mid range segment one can choose in between Kangen water leveluk SD501 or Tyent 7 plates water ionizer. If price is more important and under budget constraint condition can look at New launch model is Tyent . Tyent NMMP water ionizer 5 plates and price tag of 1.10 lakh also.