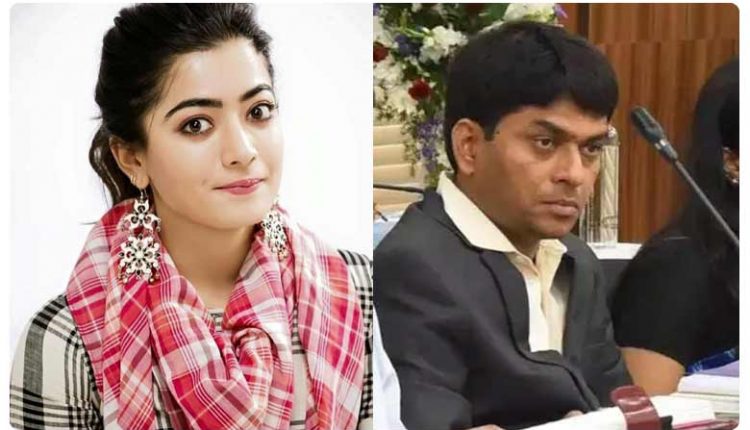 Jagtial collector his comment on heroine Rashmi’s photo! Complaint to police. District collector Guguloth Ravi has been embroiled in a Twitter controversy. From his account, some body posted heroine Rashmika Mandanna posted saying ‘Chinchu po’. Recognizing this, the collector immediately lodged a complaint with the police. Someone hacked his Twitter account and commented on the heroine’s photo that he didn’t. The collector has urged the police to immediately investigate the hacking of his Twitter account.

Netizens felt it a surprise to find Rashmika Mandanna photo from the collector’s account with a comment. Commenters have written that the person in a responsible position can comment on the photo of the heroine. The observed collector made it clear that this was not his work. However, there has been interest in who has hacked the collector’s Twitter account.

The heroine of the film, Rashmika Mandanna was a special attraction. It was during the Bhishma Pre-Release event held a few days ago. Prior to the event, she participated in a photo shoot. Photos in a long length skirt. She shared these photos with her fans on her Twitter account.

To this end, the photos came from the Jagtial collector twitter account with a comment ‘Chinchau po’. To the amazement of everyone, the collector found out that somebody hacked his twitter account. He immediately lodged a complaint with the police. An immediate inquiry was ordered.