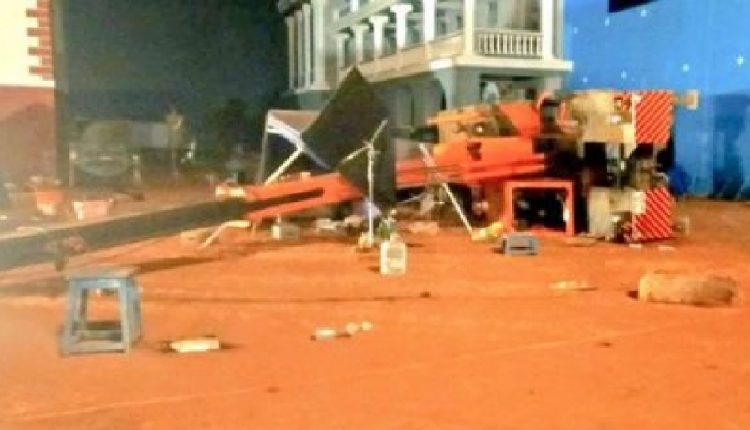 Chennai: Actor Kamal Haasan is set to star in Shankar’s directorial role. As part of the filming of the film, EVP Studios in Chennai is set for lighting. The crane fell from a height of 150 feet on Wednesday night and struck the tent. Three people died and ten were seriously injured in the incident. Among the dead were Shankar’s personal assistant Madhu (29), shankar Assistant Director Saikrishna (34) and Chandran. Immediately after the accident, the victims were rushed to Savita Hospital on the main road of Punamalai in Chennai. The bodies were taken to the Rajiv Gandhi Government Hospital.

Indian-2 is a sequel to the blockbuster hit Indian film released in 1996 under the direction of veteran director Shankar. Kamal Haasan, Siddhartha, Kajal Aggarwal and Rakul Preet Singh are playing the lead roles. Anirudh Ravichander is composing the film. Subhashkaran is the producer on the banner of Leica Productions. The film is being released in Telugu and Tamil as well as in Hindi. Shankar assistant director meets a crane accident at the Indian 2 shooting spot.