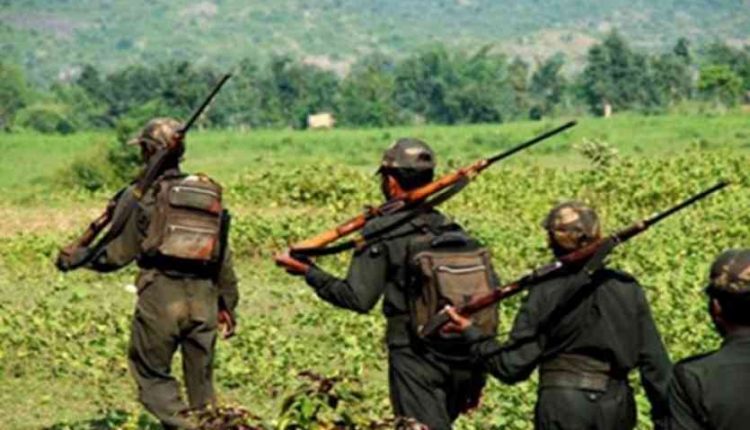 Maoists in Chhattisgarh are on their way. The police have been sieving the Bastar region since last week. Chhattisgarh police and CRPF forces are conducting Operation Prahar in Sukma district.

Another encounter in Chhattisgarh. Eight Maoists encountered in firing strikes between police and Maoists. The operation is going on in Badekadeval forests for almost 30 hours face to face. Police have launched Operation Prahar against Maoists’ rally in Chhattisgarh. Security forces have been Coombing in Tondamarca, Durma, Kasalpad and Palodi Tekri for three days. A total of 1,400 police surrounded the area without allowing Naxals to escape. The DRG, STF and Kobro battalions jointly attacked their bases after reports of a large number of Maoists at Thondamarka and Dharma.

All eight Maoists were killed in this encounter. Another 12 Naxals have had injuries. However, only one body was found by the police. The original matter came to light when six of the Naxalites had their followers perform a funeral. Police seized a large quantity of weapons at Naxals bases.

Security forces have taken a bit of relaxation as Naxal activity in Bastar region has been declining over the past few years. However, there is concern that the latest Maoists have made their presence felt. Moreover, the use of sophisticated technology and bulletproof jackets has become a subject of debate. Police are in awe of Maoists wearing helmets and bulletproof jackets during a protest in Sukma district on February 19.

This is the first time that Naxalites were wearing bulletproof jackets. The mystery of where these jackets came from has left security forces in shock. They are concerned that there is a risk of attacks on police stations. A CRPF commando also died in an encounter in Kistaram forest on Tuesday. Another jawan met a serious injury.